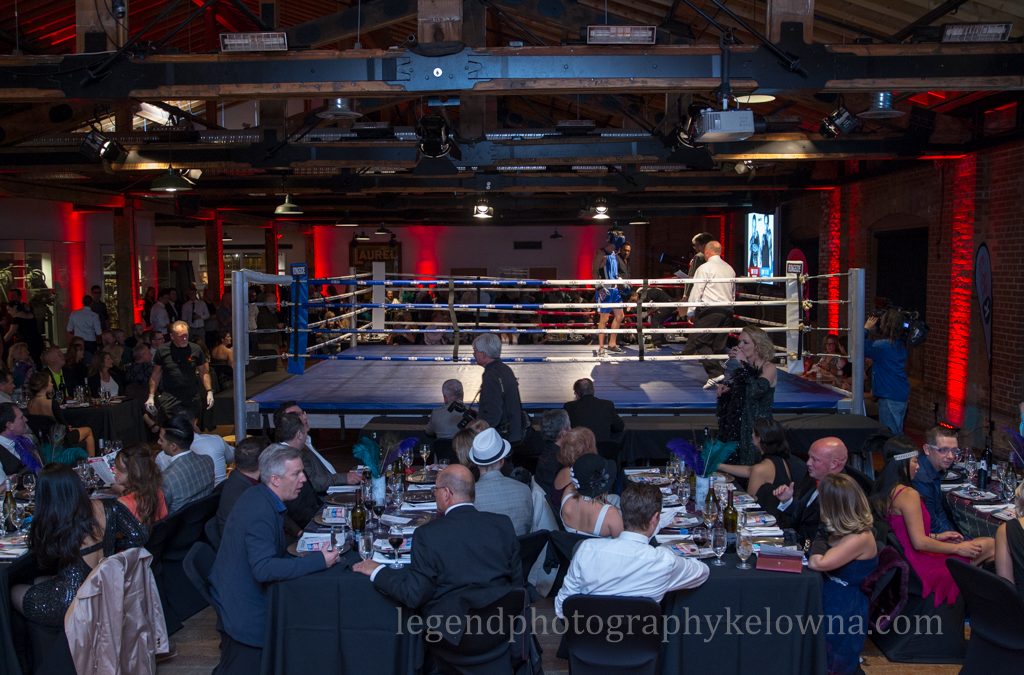 Boxing for Community is a fundraiser for programs in our (Kelowna) community and debuted on November 3, 2016. The inaugural event was a partnership between UFC GYM Kelowna, John Howard Society and United Way CSO who teamed up to  combine social boxing, community involvement and old school Hollywood glamour for an unforgettable evening. The event took place at the Laurel Packinghouse and offered black tie dining from the talented chefs or standing room only tickets and cash bar. It was the time to look your best (dress up Old School Hollywood optional) while knowing that at the same time guess were giving back to your community.

in front of an audience in excess of 150 people, and gave all they’ve got to support programs in our community. K96.3’s David and Tony were ring announcers and other local media personalities presented round cards.

Boxing Coaches in Kelowna prepare the contenders fight-fit and ready, teaching them how to box with fully certified sanctioned coaches. The event is classified as “Social” boxing, which mandates the compulsory use of headgear and competition gloves. As a BC Boxing sanctioned event, all boxers are required to undergo a pre-bout weigh in and medical. The fight card match-ups will be announced closer to the event.

2016 Event was produced by Impact Events. In 2017 Impact Events will once again lead the event, date will be announced in spring 2017.